In 1841 the residents of Long Reach decided that an Anglican church was needed. Trinity was almost 8 miles away on roads that were so poor carriages could not be used, making it difficult for parishioners to travel to services. Rather than make the arduous journey to Kingston, many who lived on the Reach crossed the St. John River by boat to attend services at the church at Oak Point. The danger of this venture was made clear by the 1830s when an entire boat load of Long Reach residents had drowned on their return from church at Oak Point in poor weather. After several years of organizing, fundraising, and construction, St. James was consecrated by Bishop John Medley on 30 October 1845.

The land on which St. James’s Church is situated was given by Titus Brown Whelpley with the church itself being built by local labour. Like with Trinity Church decades prior, a subscription list had been drawn up with names of local residents who pledged to contribute money toward the construction of the church. The master builder of the church was Samuel Foster, a local carpenter of great renown who would later be involved in the 1857 renovations to Trinity Church. The exterior walls of St. James were finished with hand-shaved pine shingled fastened with hand-wrought iron nails and the interior walls and ceiling were finished with a lime plaster in which hog bristles were used as a binder. These walls were covered with beaver board in 1915 as they were quite cracked.

The most imposing feature of this church is its Queen Anne pulpit. Designed by Samuel Foster, with much of the fine woodwork being done by Richard Whelpley and Nathaniel R. Gorham, this pulpit is one of only a few built in the style in Canada. Overall, St. James is quite an oddity in New Brunswick as its design is more in line with American congregational churches rather than more British designs commonly seen with other churches in the province.

Originally St. James had 16 box pews similar to those that had been in Trinity Church, but in 1915 these pews were replaced with the present seating and the box pews were dismantled and placed along the walls as wainscoting.

​In 1887 St. James was in need of repair and these were done under the direction of Nathaniel E. Gorham. The most major repair undertaken was the construction of a new roof. It was felt that the current roof was too flat anyway, so the pitch of the roof was made steeper by building a new roof four feet taller than the original one. Until this time the spire of the church had been open, so it was closed at the same time as the construction of the new roof. A bell was not added to the church until 1921 when one was donated by the ACW. The windows of St. James had originally contained small panes with ‘bull’s eye’ glass, but these were later replaced with much larger panes or memorial windows that can be seen today. The current altar in the church was placed there in 1926 and came from St. Luke’s Church at Young’s Cove.

​In the early decades of the 1900s, Rev. J. E. Wickenden started the annual traditions of special outdoor services at St. James’s. These continued from the 1930s to the 1950s, drawing huge crowds and often featured military bands. In 1945 the church celebrated its 100th anniversary. 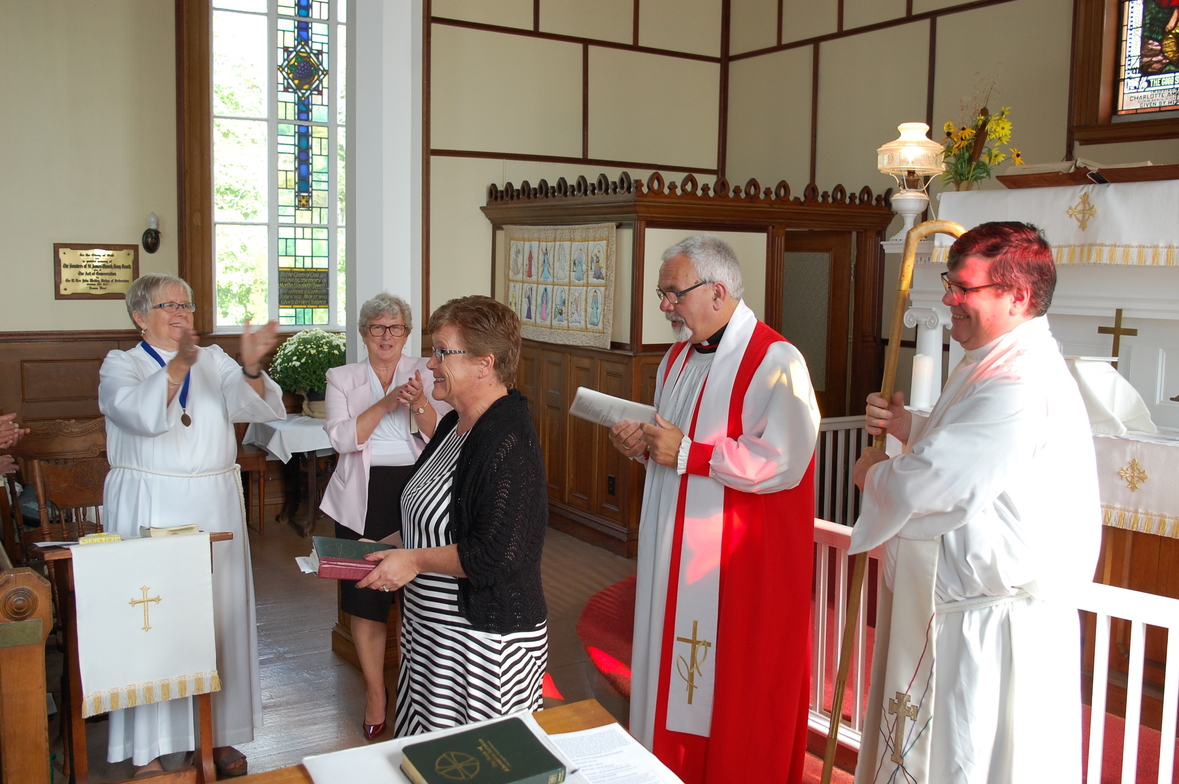 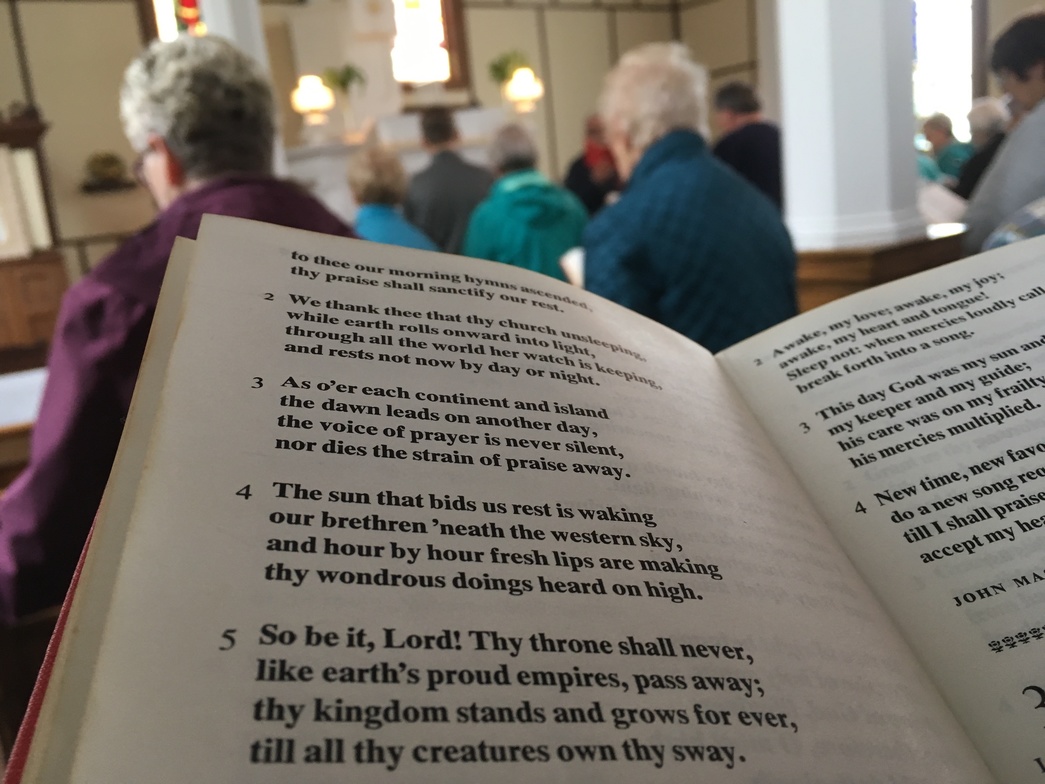 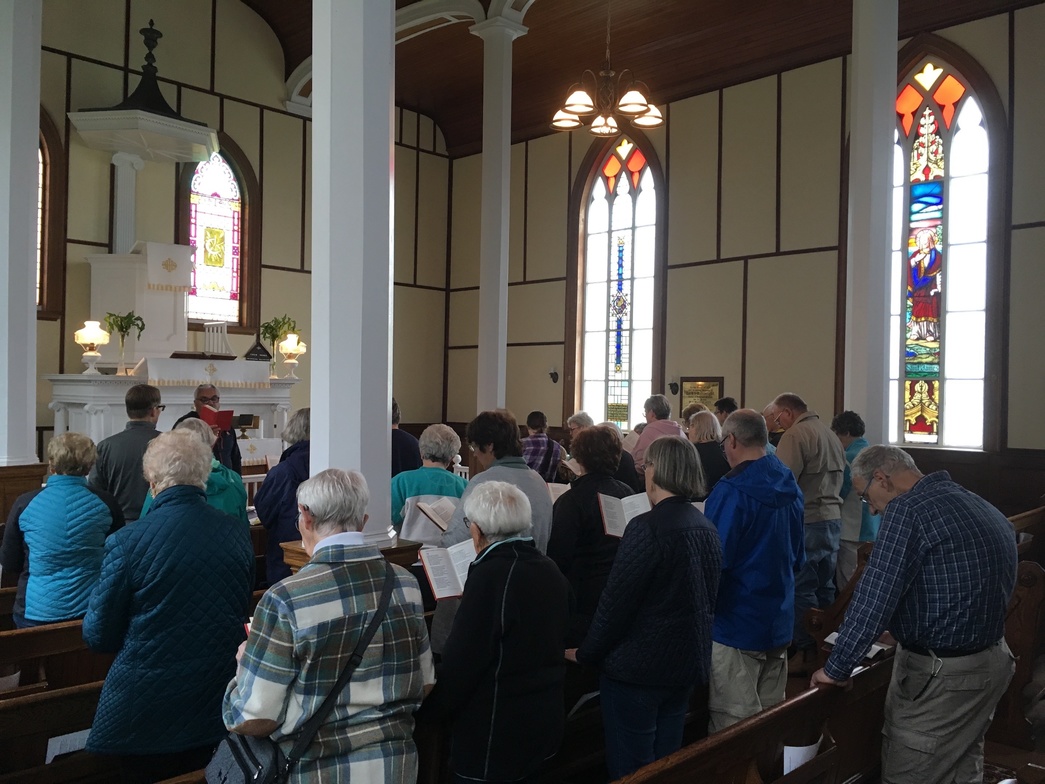 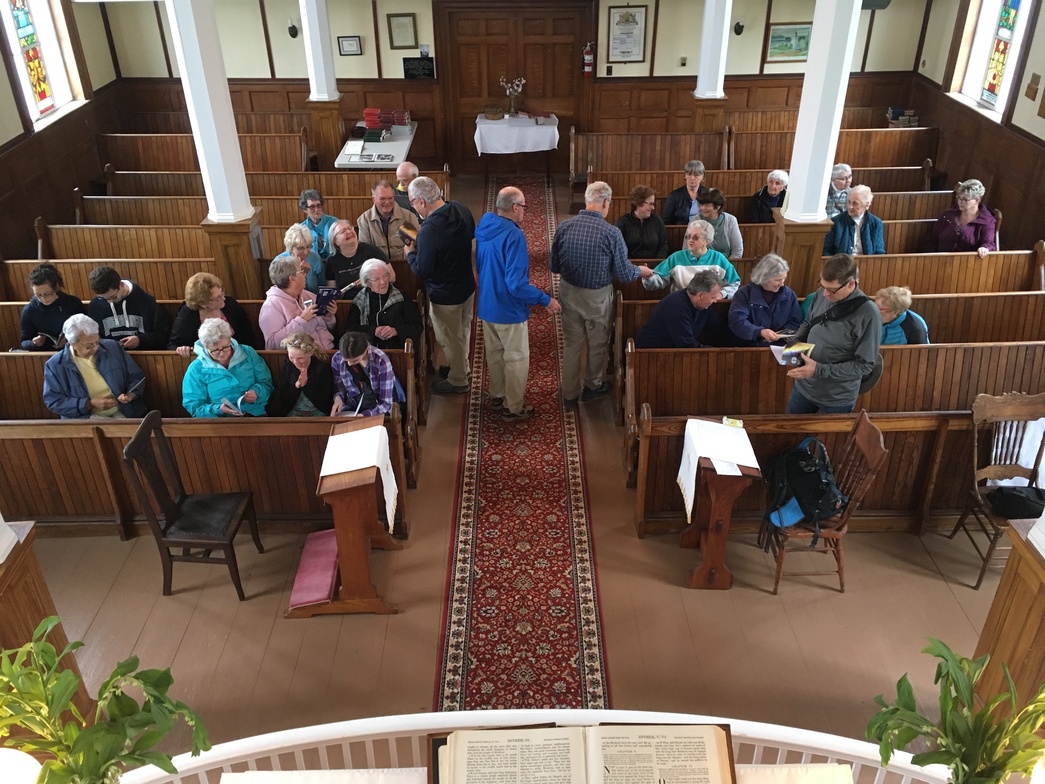 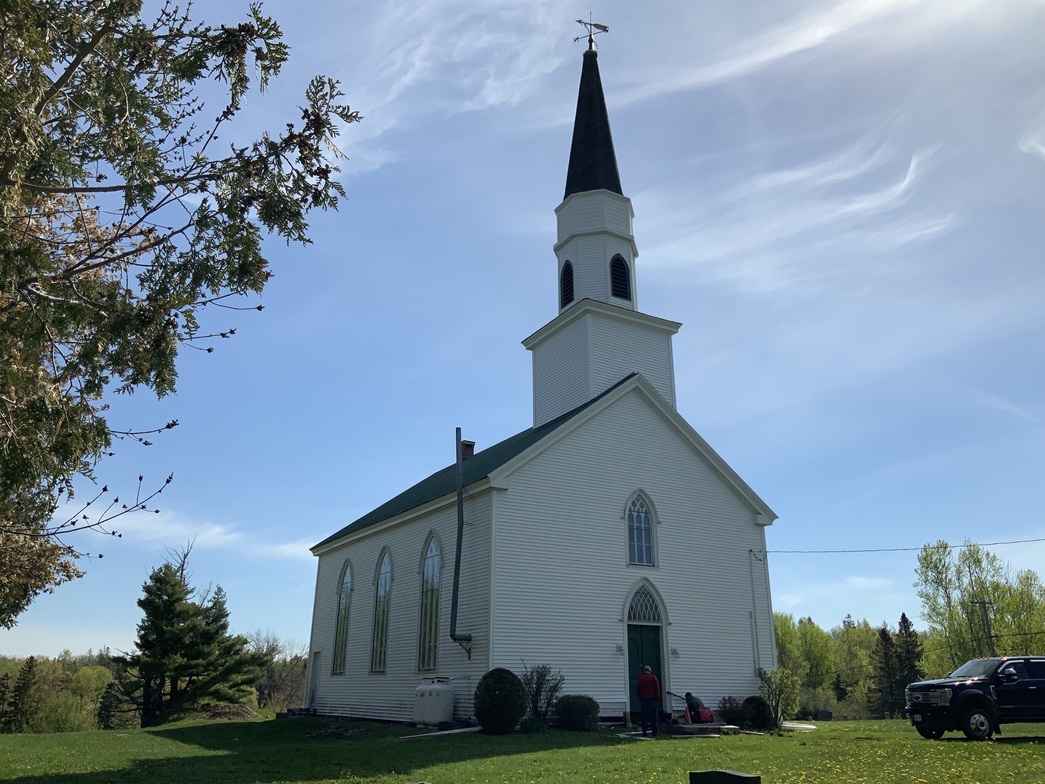 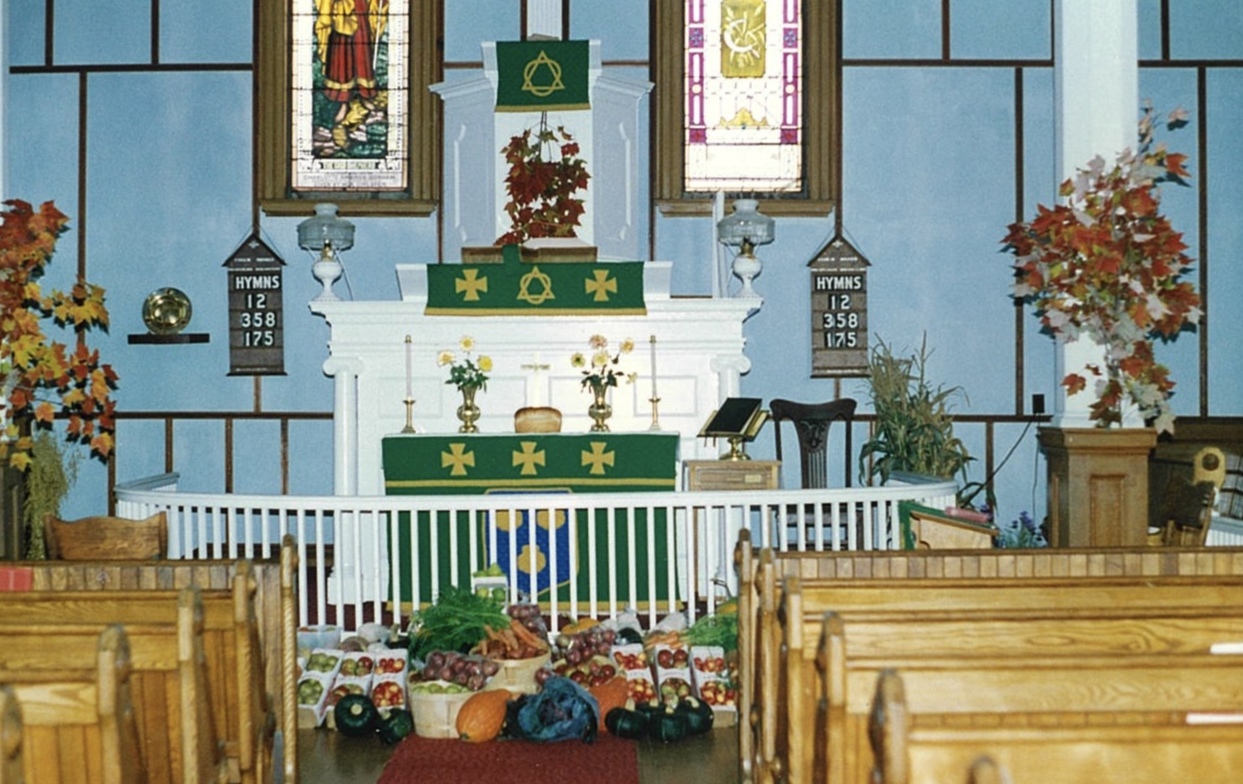 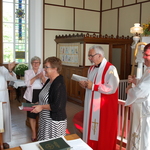 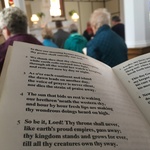 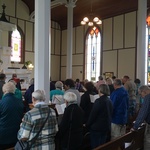 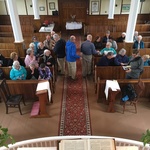 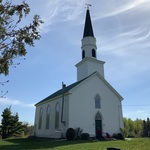 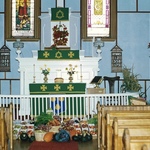